Earliest human remains in eastern Africa dated to more than 230,000 years ago

The age of the oldest fossils in eastern Africa widely recognised as representing our species, Homo sapiens, has long been uncertain. Now, dating of a massive volcanic eruption in Ethiopia by the National Environmental Isotope Facility reveals they are much older than previously thought.

The remains – known as Omo I – were found in Ethiopia in the late 1960s, and scientists have been attempting to date them precisely ever since, by using the chemical fingerprints of volcanic ash layers found above and below the sediments in which the fossils were found. 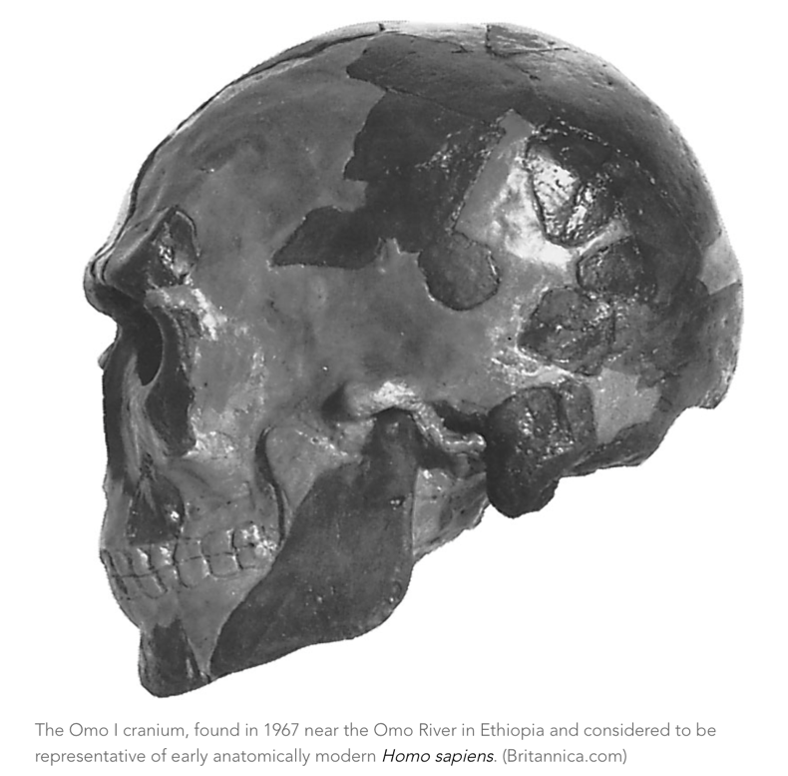 An international team of scientists, including the University of Cambridge and Scottish Universities Environmental Research Centre (SUERC), University of Glasgow, has reassessed the age of the Omo I remains – and Homo sapiens as a species. Earlier attempts to date the fossils suggested they were less than 200,000 years old, but the new research shows they must be older than a colossal volcanic eruption that took place approximately 230,000 years ago. The results are reported in the journal Nature.

The Omo I remains were found in the Omo Kibish Formation in southwestern Ethiopia, within the East African Rift valley. The region is an area of high volcanic activity, and a rich source of early human remains and artefacts such as stone tools. By dating the layers of volcanic ash above and below where archaeological and fossil materials are found, scientists identified Omo I as the earliest evidence of our species, Homo sapiens.

“Using these methods, the generally accepted age of the Omo fossils is under 200,000 years, but there’s been a lot of uncertainty around this date,” said Dr Céline Vidal from Cambridge’s Department of Geography, the paper’s lead author. “The fossils were found in a sequence, below a thick layer of volcanic ash that nobody had managed to date with radio-isotopic techniques because the ash is too fine-grained.” 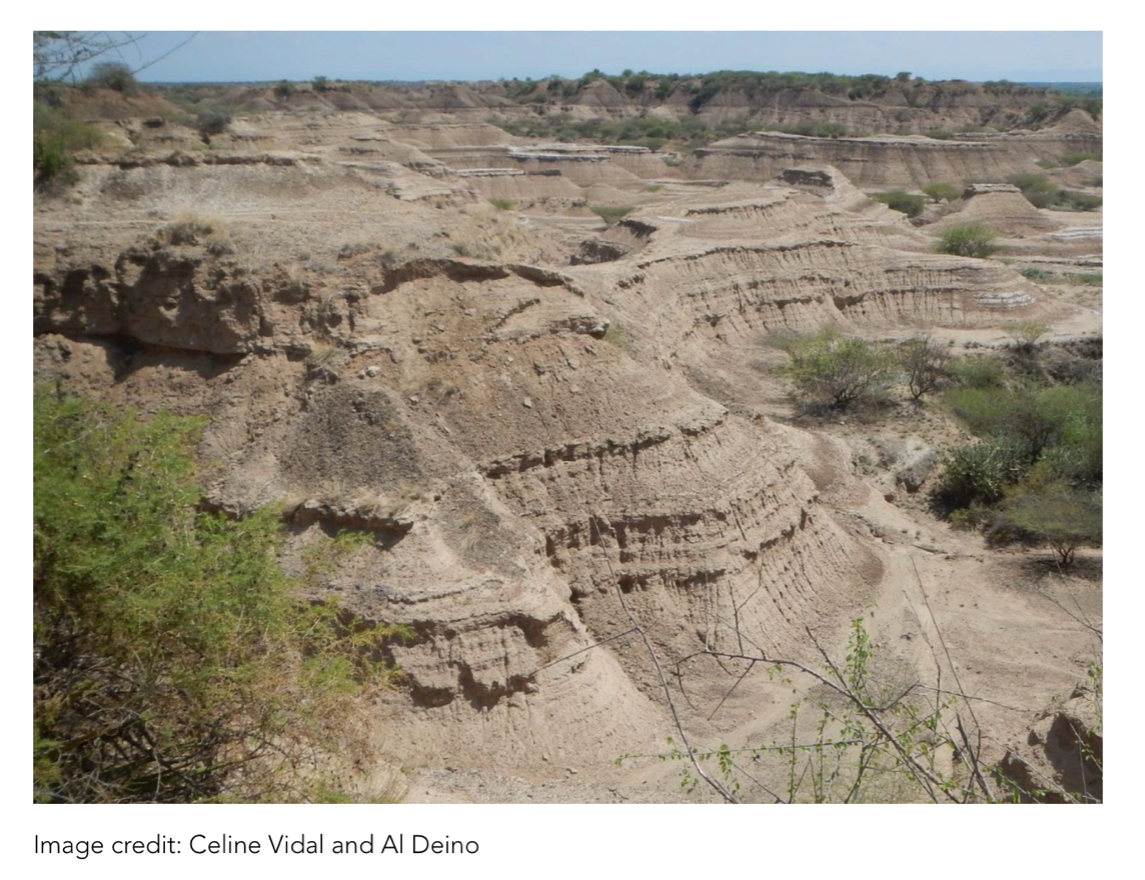 As part of a four-year project, SUERC have been attempting to Ar/Ar date all the major volcanic eruptions in the Ethiopian Rift around the time of the emergence of Homo sapiens, a period known as the late Middle Pleistocene.

The team collected pumice rock samples from the volcanic deposits and ground them down to sub-millimetre size. “Each eruption has its own fingerprint – its own evolutionary story below the surface, which is determined by the pathway the magma followed,” said Vidal. “Once you’ve crushed the rock, you free the minerals within, and then you can date them, and identify the chemical signature of the volcanic glass that holds the minerals together.”

The researchers carried out new geochemical analysis to link the fingerprint of the thick volcanic ash layer from the Kamoya Hominin Site (KHS) with an eruption of Shala volcano, more than 400 kilometres away. The team then dated pumice samples from the volcano to approximately 230,000 years ago. Since the Omo I fossils were found deeper than this particular ash layer, they must be more than 230,000 years old.

Dr Dan Barfod and Professor Darren Mark at SUERC in Glasgow used a technique known as Ar/Ar dating to measure the age of the rocks. “When we obtained the results and found out that the oldest Homo sapiens from the region was older than previously assumed, we were really excited,” said Barfod.

“The Omo Kibish Formation is an extensive sedimentary deposit which has been barely accessed and investigated in the past,” said co-author and co-leader of the field investigation Professor Asfawossen Asrat from Addis Ababa University in Ethiopia, who is currently at BIUST in Botswana. “Our closer look into the stratigraphy of the Omo Kibish Formation, particularly the ash layers, allowed us to push the age of the oldest Homo sapiens in the region to at least 230,000 years.”

“Unlike other Middle Pleistocene fossils which are thought to belong to the early stages of the Homo sapiens lineage, Omo I possesses unequivocal modern human characteristics, such as a tall and globular cranial vault and a chin,” said co-author Dr Aurélien Mounier from the Musée de l’Homme in Paris. “The new date estimate, de facto, makes itthe oldest unchallenged Homo sapiens in Africa.”

There are many other ash layers the team are trying to correlate with eruptions of the Ethiopian Rift and ash deposits from other sedimentary formations and they hope to better constrain the age of other fossils in the region. 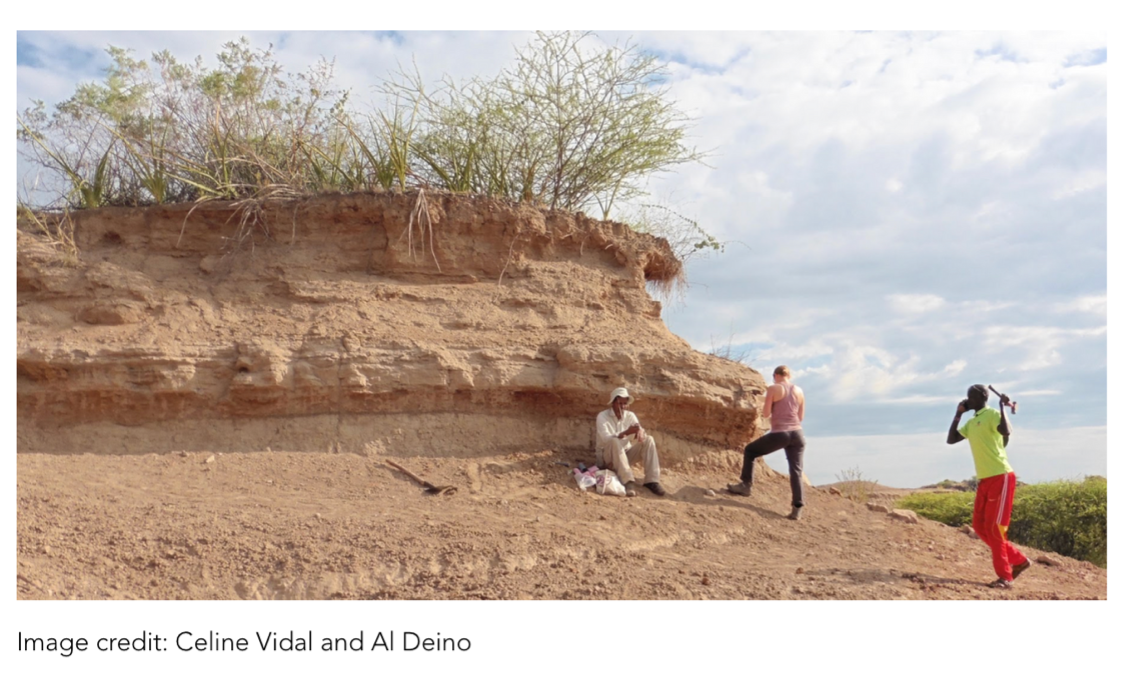 The research was supported in part by the Leverhulme Trust, the Cambridge-Africa ALBORADA Research Fund and the Natural Environment Research Council and the National Environmental Isotope Facility. Céline Vidal is a Fellow of Fitzwilliam College, Cambridge.